John Geraghty (aka SmashHarry) is a songwriter, producer, sound engineer, pianist, author and teacher. He started playing piano from the age of seventeen after having an epiphany at college he realised his only focus in life was to become a professional songwriter. For the next five years, he practised the piano for thirty-six hours everyday and every week, totalling approximately six-five thousand five hundred hours of practice, so that he could catch up with his peers… and he says he’s still practising. During this time he learnt classical piano, giving him a strong foundation in piano technique, phrasing, articulation, ear training and music theory. At the same time he studied jazz, pop, blues, country, funk and latin piano playing. He also studied songwriting including lyric writing, melody and harmony. He met Simon Surtees who has been his main co-writer for the last ten years, on a songwriting bootcamp and both have been writing Pop, Latin and RnB and EDM “hits” ever since.

Before his passion for music came along John used to draw so he uses his DAW (Cubase/Logic), as his outlet to create a “picture of his music”. This is where his production skills come in. You can hear his latest work “Fools Paradise” written and produced by himself under the name SmashHarry.

While learning his craft he had to pay the bills so one year after his epiphany he started teaching private lessons in piano and guitar. Moving forward to 2010 he decided to write a classical piano course aimed at students that want to learn piano from beginner to an advanced level without having to pay weekly tuition fees. For the next six and half years he worked on writing the course, focusing on the four key elements in music: Sight-reading, Technique, Aural and Theory training. The course contains four volumes, three CDs and over one thousand on-line videos. The course is available to purchase through Green Olive Publications.

He is currently working with songwriter Michael Garvin (Never Give Up on A Good Thing - George Benson) on his forthcoming jazz instrumental album as well as working on his own piano instrumental EP. Never stopping, he is also writing and producing songs for other songwriters and is in the early stages of working on a horror movie script.

On his downtime, he likes reading Jack Reacher novels. 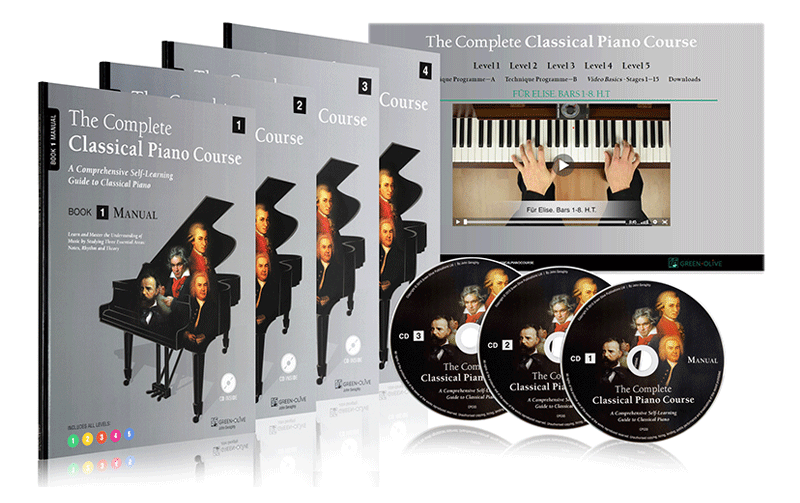